TG-C, our lead product candidate, which has been developed for treating osteoarthritis (OA) of the knee, has completed Phase II trials in the U.S. and attained marketing approval in Korea.

TG-C has the potential to become the first cell and gene therapy to effectively treat osteoarthritis. Clinical trials held in the U.S. have demonstrated significant improvement in pain relief and function for 2 years, as well indicators towards decreased progression of OA and improvements in joint structure. The allogeneic (off-the-shelf) drug could provide an alternative to traditional treatment and surgery, or delay the progression of OA to minimize the need for multiple surgical interventions. The Company is preparing for Phase III clinical trials in the U.S. under a Special Protocol Assessment (SPA) agreement reached with the U.S. Food and Drug Administration (FDA). In the upcoming U.S. Phase III clinical trial, Kolon TissueGene intends to continue to demonstrate an improvement in pain and function for two years' duration. In addition, the company has designed the trial to seek a disease-modifying osteoarthritis drug (DMOAD) designation for TG-C<trade; from the FDA-potentially making TG-C the first therapy to receive a DMOAD label.

With the growth of the osteoarthritis (OA) market worldwide, there is an ever-increasing need for an advanced medical solution that can halt or slow the progression of the disease. Current therapies focus on decreasing pain and are only effective for short periods of time. In developing TG-C, Kolon TissueGene seeks to create a disease-modifying osteoarthritis drug (DMOAD) that may provide an alternative to traditional treatment and surgery, or which may delay the progression of OA to minimize the need for multiple surgical interventions.

Kolon TissueGene is committed to improving OA pain and knee function and demonstrating the benefits within the structure of the knee joint, to interrupt the vicious cycle of inflammation and slow the process of cartilage degradation.

Additionally, the company has designed the trial to seek a disease-modifying osteoarthritis drug (DMOAD) designation for TG-C from the U.S. Food and Drug Administration (FDA). A delay in structural progression will be evaluated radiographically and by biomarkers as part of the Phase III program - potentially making TG-C the first therapy to receive a DMOAD label. 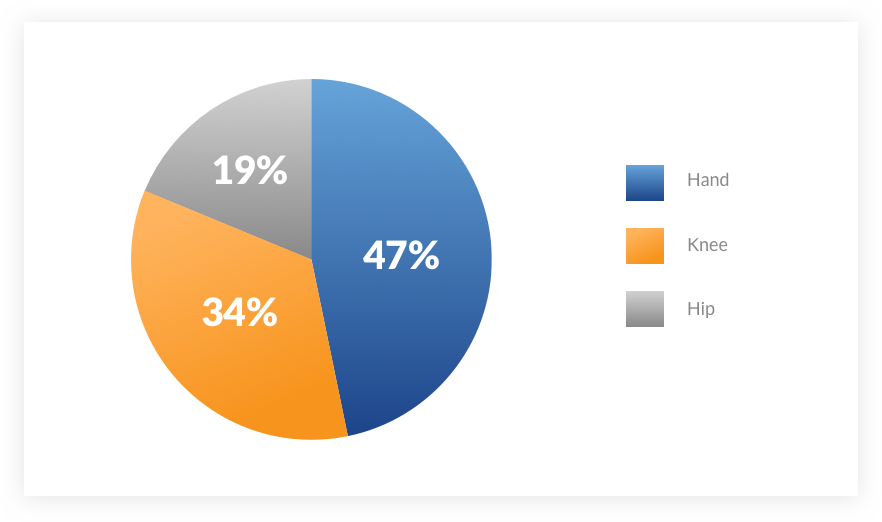 Figure 1. Demography of OA patients according to the location of the affected joint.

Osteoarthritis patients can broadly be divided into three groups according to the location of the joint affected, with most patients suffering from OA of the hand joints, followed by OA of the knee and hip (Figure 1). Although we are currently developing TG-C to treat the knee OA application, as shown in figure 1 there are still large populations of individuals affected by OA in other joints who may be able to benefit from treatment with TG-C. TG-C has been tested in the United States for safety and efficacy as an OA treatment of the knee through Phase II clinical trials. Additionally, TG-C-K has also completed Phase III clinical trials in South Korea as well as received marketing approval in that country. Based upon TG-C promising results in targeting OA of the knee, we are planning to expand the indications for TG-C through additional clinical trials to include both OA of the hand and hip. Successful completion of these trials will allow many individuals currently suffering from the severe pain, swelling and stiffness associated with OA to experience decreased pain and improved function through treatment with TG-C.

Application to Other Musculoskeletal Diseases

In animal studies TG-C has shown to be effective in treating Rheumatoid Arthritis (RA). RA is an autoimmune disorder in which the individual's own immune cells attack the joints resulting in inflammation and damage to the articular cartilage and bone matrix. RA commonly occurs in the fingers and wrist, and is particularly observed in the knuckles which become swollen. Unlike OA which occurs in elderly populations, RA is often observed in young adults. The differences between OA and RA are shown in the table below.

When TG-C was injected into a rheumatoid arthritis (RA) animal model of inflammation, preliminary results in reducing the inflammatory response were quite promising. These results indicate the possibility of using INVOSSA™ in the future as a treatment for RA.

The Meniscus is a crescent-shaped fibrocartilaginous structure, located on the medial and lateral side of the knee joint. The meniscus protects the knee joint by alleviating the pressure on the knee and supporting the correct functioning of the knee. Meniscus damage in younger patients is typically caused by sports injuries, while meniscus damage in elderly patients is more often observed as a degenerative disorder. It is more common in women than men, and considered to be caused by pressure and stress accumulated from the individual's daily routines.

If the meniscus damage is not treated on time, it often develops into a more serious disease such as degenerative arthritis. In clinical trials of TG-C, evidence of the improvement of meniscus injury was observed, which suggests the potential for meniscus treatment by TG-C.

Spinal discs are rubbery structures in the vertebral column that connect the vertebrae. They are sometimes called a shock absorber for the spine. Some common diseases of the spinal discs are spinal disc herniation and nucleus pulposus herniation both caused by degeneration of discs. In patients this is often seen as early as the late teens with greater occurrences occurring from the 20s- 40s in active individuals.

In nonclinical studies, TG-C demonstrated the ability to delay the degeneration of disc, and preliminary results showed TG-C was able to induce the regeneration of damaged discs. Based upon these results, TG-C will be tested clinically in patients with spinal disc disorder.

Osteoarthritis is a common illness among companion animals. Based upon the results observed in nonclinical studies, TG-C has demonstrated efficacy in treating animal OA. It is anticipated that upon successful completion of the animal studies that TG-C will also be able to provide benefits to companion animals in alleviating their pain and slowing the progression of the disease.